Move 2 is the completion of the backswing, and specifically, the shoulder turn.  To briefly summarize what occurs in Move 2: 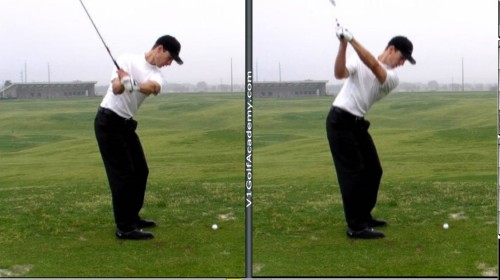 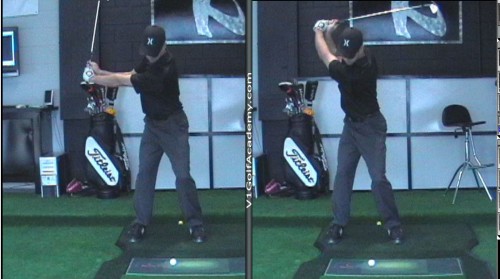 The effects of Stricker’s Setup and Move 1 become more clearly defined in Move 2. 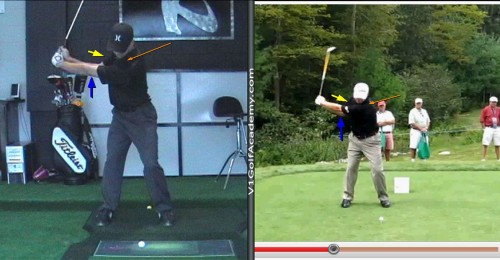 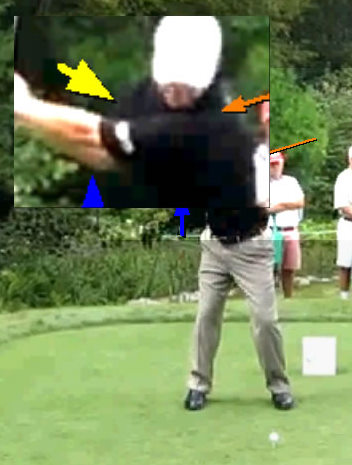 By this point in the backswing, the Rotary Swing Model advocates that an efficient right shoulder blade glide will have turned the shoulders almost a full 90 degrees and the hips approximately 45 degrees.  This is demonstrated by Chuck Quinton on the left, as the yellow arrow illustrates the position of the right shoulder.  Notice how Chuck’s right shoulder is not apparent in the photo, while Stricker’s right shoulder is clearly visible, indicating the inefficient turn due to the arms dominating the backswing.  The orange arrow further highlights this point as Stricker’s left shoulder has “shrugged” and is disconnected from the core muscles of his body.  The blue arrow illuminates that Stricker’s left arm is above his right, further indicating his arm driven turn. 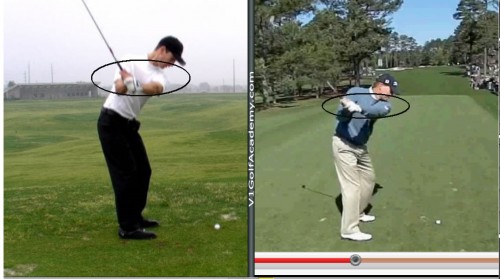 When examining Stricker from down the line at the same point in his swing, we must pay attention to the circled area.  Stricker’s hands are noticeably behind his sternum, his right elbow is securely glued to his side, and the left forearm is over-pronated.  Once again, Stricker’s push from the left side has caused the club to work too deep, too around, and too flat at this point in his backswing.  He has failed to perform proper shoulder elevation which is responsible for creating some vertical movement of the club to keep the club on plane. 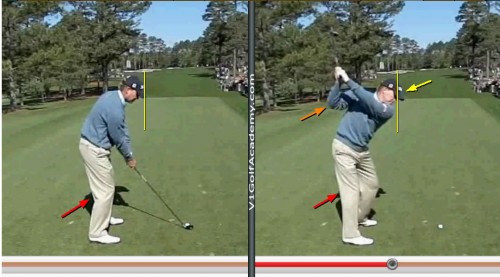 Here we can see the full results of Stricker’s complete backswing.  The orange arrow illustrates the arms being too deep and slightly behind the torso.  The red arrow highlights the loss of right knee flexion, which can lead to weight transfer issues in the downswing.  Finally, the yellow line was placed on the front of Stricker’s head at address, and it is quite clear how much he moves toward the ball on the backswing.  This tipping forward onto the balls of the feet is inevitable for Stricker, because his body must attempt to counterbalance the forces that he created by pushing the club to the inside. 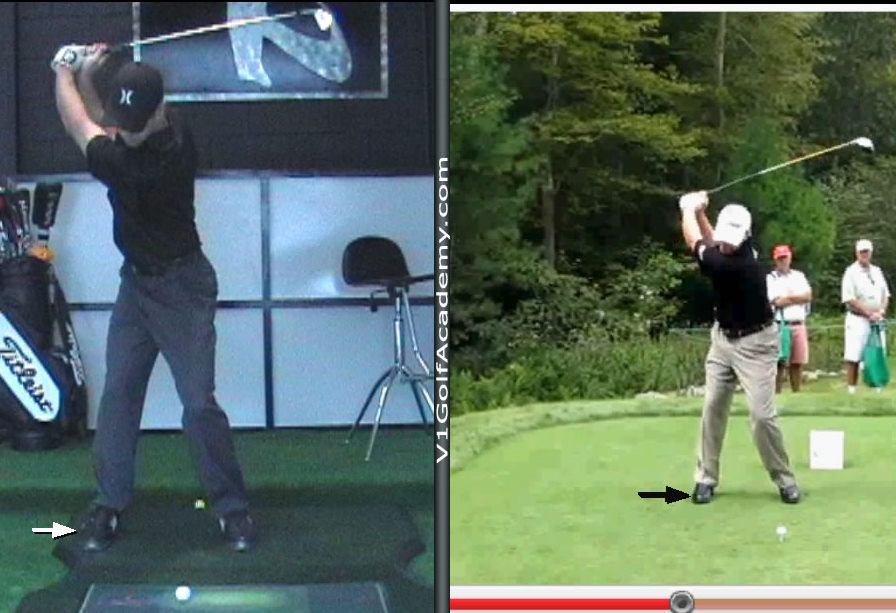 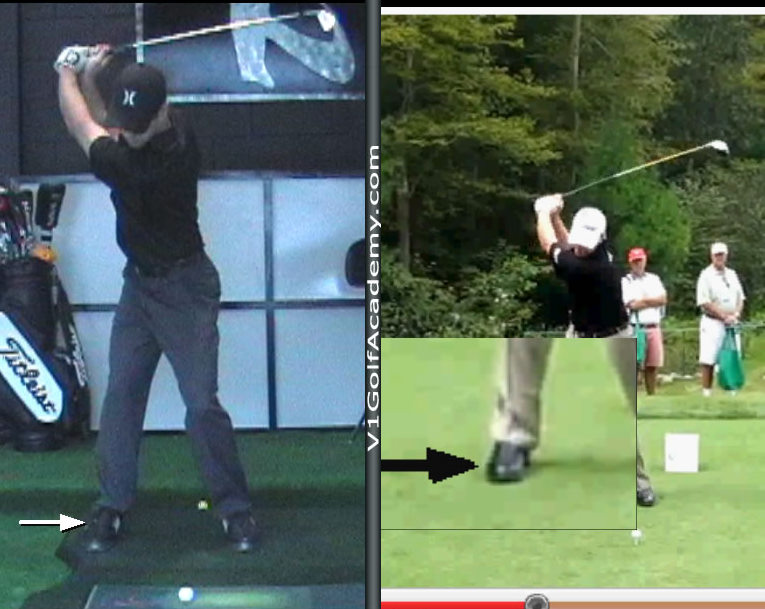 This final image serves to illustrate the effects of Stricker failing to roll his ankles in slightly at address.  The black arrow on Stricker’s right foot shows how his weight has rolled to the outside portion of the ball of the foot.  Notice the white arrow on Chuck that shows that foot securely planted on the ground.

The culmination of Steve Stricker’s slight flaws: push from the left, out of the box, lack of shoulder elevation, loss of the flex in the right knee, and weight distributed over the outside portion of the right foot all contribute to make a proper weight transfer more difficult, even for an elite golfer.  This shall be examined in detail in our next installment, Move 3-The Downswing.

« Rotary Swing on Facebook
The TRUTHS About Golf Instruct... »